Torre Bellesguard: one of Antoni Gaudí’s lesser-known buildings now open to the public 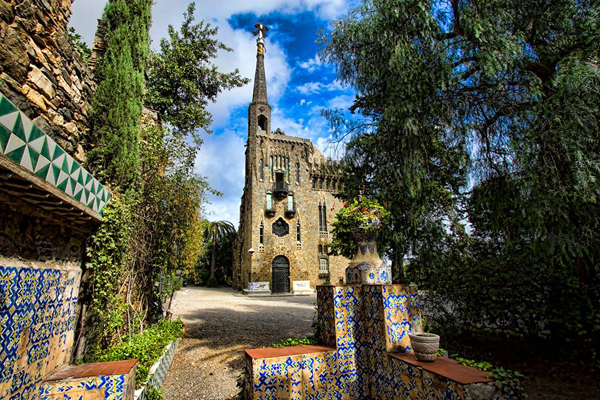 Until recently, only the privileged few were able to gain access to it. Now, this unique work by Antoni Gaudí, located at the foot of Mount Tibidabo, is opening its doors to the public. Torre Bellesguard, also known as Casa Figueras, offers you the opportunity to discover another one of Gaudí’s buildings beyond his most famous and visited modernist works, such as La Pedrera and Casa Batlló. The grandchildren of the owner of the estate, Amèlia Roche, have adapted it to receive daily visits. Strolling through Bellesguard’s gardens or its interior is like travelling through the history of Catalonia.

The hill where the tower stands was the location of the fourteenth century castle of Martí l’Humà, the last king of the House of Barcelona, the Catalonian dynasty that reigned for more than 5 centuries. According to legend, it was also the eighteenth century hideaway of the Catalonian Robin Hood, the famous outlaw Serrallonga.

It was constructed by Antoni Gaudí between 1900 and 1909 for Jaume Figueras, a merchant and personal friend of the architect, who wanted to build his brand-new residence in this highly symbolic space. Gaudí conserved the few elements that still remained of the medieval fortress and designed a new building. The construction is more rectilinear than is usual for the artist because he wanted to give it the appearance of a castle.

Even so, the genius still managed to imbue it with his characteristic style by covering the front with slate and adding elements to give it volume, such as mosaic benches, wrought iron railings, brick borders, colourful windows and ivy-shaped balustrades and pipework.

Torre Bellesguard has been listed as a Cultural Asset of National Interest since 1960. It has been a family residence for decades and will remain so despite being open to the public. During the nineteenth century, however, it had several uses. It was seized during the Spanish Civil War and used as an orphanage. And later, the oncologist, Lluís Guilera Molas, bought the tower and turned it into a small cancer hospital.

It is believed that the name “Bellesguard” comes from the great panoramic views of Barcelona and the sea that existed there in the Middle Ages when the building was outside the city. Today, it is worth leaving the views for another time and focusing your gaze on this modernist gem by the most famous Catalonian architect in history.