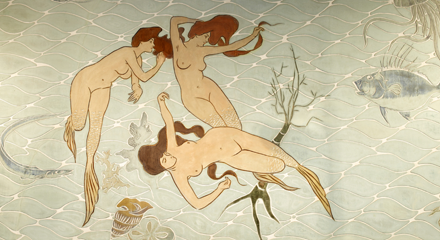 Barcelona is a multifaceted city with many different sides to see and discover. This summer, the Hotel España invites you to get to know one of its most artistic sides: Modernista Barcelona. Apart from La Pedrera, Casa Batlló and La Sagrada Família, traces of Modernisme can be found in many buildings, streets and corners of the city, including ones that don’t appear in travel guides and sightseeing tours.

Between 1 and 31 August, guests staying at the Hotel España can take advantage of a 50% discount on the admission fee to ten of the most fascinating Modernista buildings in Barcelona, thanks to an exclusive promotion for guests offered in collaboration with the Modernisme Route and the Barcelona Hotel Association (Gremi d’Hotels de Barcelona).

Featured on the tour of Modernista buildings is the Hotel España itself, considered a jewel of Barcelona Modernisme, opened in 1859 and renovated in 1900 by the architect Domènech i Montaner. The special offer also includes visits to the following buildings:

A modern cultural centre in a fine example of industrial Modernisme: the Casaramona textile factory, designed by Puig i Cadafalch in 1911. The Modernisme Month promotion offers you a FREE guided tour!

This modern science museum is partly set in the old asylum for visually impaired people, a beautiful 1909 building by Josep Domènech i Estapà. Admission fee: €3.00 €1.50

Editorial Montaner i Simon. See the best works of Tàpies in this contemporary art museum, set in the old publishing house by Domènech i Montaner which scandalised Barcelonans in 1886.

Recinte Històric. This Modernista garden hospital with beautiful pavilions, designed by Domènech i Montaner, is the largest Art Nouveau ensemble in the world!

Just off La Rambla, this old inn was remodelled in 1911 by Domènech i Montaner, who orchestrated a team of artists to make it into a beautiful hotel.

A stone’s throw from Plaça Catalunya, this charming collection includes some of the best painting, sculpture and furniture of Catalan Modernisme. Admission fee: €5.00 €2.50

MNAC. A fascinating trip through one thousand years of Catalan art: from Romanesque and Gothic right up to some of the best works by the masters of Modernisme.

In addition, if you show the promotion leaflet at the tourist office in Plaça Catalunya, you can buy the guidebook “Barcelona Modernisme Route” at a specially discounted price (€12.00 €8.00). This essential guide offers you a spectacular tour of the best Modernista buildings in Barcelona and reveals secrets about one of the most creative periods of Catalan culture.

To take advantage of this promotion, valid only for the month of August, ask for a leaflet from the Hotel España reception.