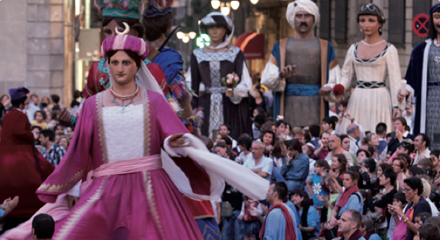 Every year, during the week leading up to the 24th of September, Barcelona celebrates its Annual Festival in honour of the Virgin of Mercy, the patron saint of the city since 1868.  Popularly known as “festes de La Mercè”, the festivities fill every corner of the city with music, art and tradition, turning Barcelona into the festival to end all festivals, and which, in 2011, attracted around 2 million people.

For approximately one week, numerous public spaces such as Plaça de Catalunya, the Parc del Fòrum, Montjuic Castle and Barceloneta beach are transformed into stages for all sorts of cultural, art and festival activities. The events are free and open to anyone who wants to come. 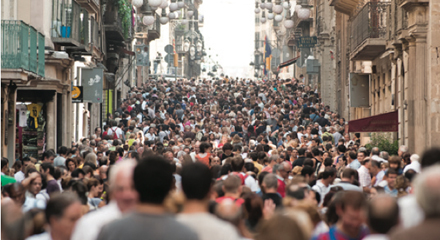 Because it can be hard to choose from the many activities, Barcelonatosee.com recommends you check out the following:

Barcelona Acció Musical is the alternative music festival held every year during La Mercè and which this year celebrates its 20th anniversary. From the 21st to the 23rd of September, around 50 groups and artists will put on free concerts in six public spaces where stages will be assembled: la Plaça Reial, la Plaça del Àngels, la Plaça de Joan Corominas, el Parc del Fòrum BAM, el Parc del Fòrum Electro-BAM and la Antiga Fàbrica d’Estrella Damm. The long list of performers includes Barcelona-based band LOVE OF LESBIAN and Britain’s THE KOOKS (both will play the Antiga Fàbrica d’Estrella Damm on Saturday 22 September). 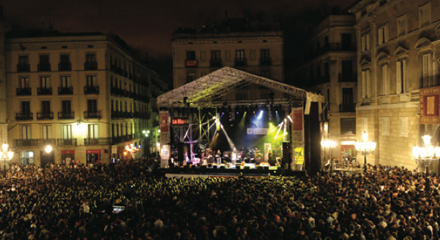 Montreal, the guest city at Mercè 2012, and the government of Quebec will present Barcelona with an innovative multimedia show entitled “Montréal signe l’ode à la vie” in homage to the genius of Gaudí. For the first time, for three nights running, this show will light up the facade of the Naixement of the Sagrada Família, creating never-before-seen images. Not to be missed!

The piromusical is the fireworks and music show that traditionally closes the Mercè festivities. It is held on the night of the 24th of September on the Avinguda de la Reina Maria Cristina, near the Montjuic fountains, and usually draws thousands of local people who gather in the street to enjoy the amazing fire, water and music spectacle. This year’s show kicks off with a homage to the Barcelona 1992 Olympic Games. 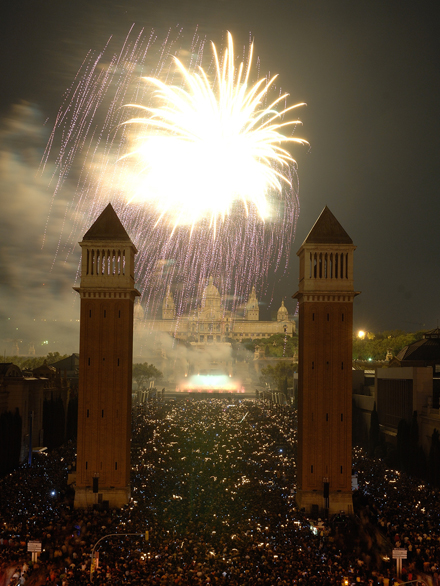 The Mercè festival is an excellent opportunity to discover the more festive, traditional side of Barcelona. If you stay at the Hotel España, located in the historic heart of the city, you can enjoy the festivities just like a local. We look forward to seeing you!