Home The tradition of rice

The tradition of rice 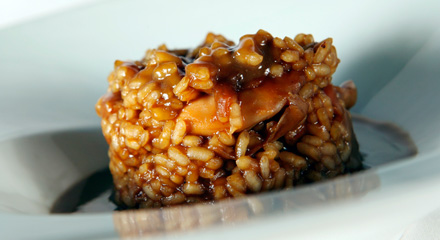 We are ending the month of May and with it our rice season at Fonda España. We would like to take this opportunity to go over a little of the history and tradition of the preparation of this dish.

Rice is a food which, until the arrival of the Muslims on the Peninsula in the 8th century, was only used to develop medicines, but its adaptation to tastes and customs was rapid and successful.

Our paella is famous around the world.  This distinguished dish takes its name from the Italian ‘padelle de torta alta’, the shallow pan in which it is prepared.  Paella dates back to the 16th century and has its roots in rural areas of Valencia. The traditional Valenciana paella was a humble dish made with meat, particularly chicken and rabbit, and  garden vegetables. Over time, seafood paella appeared, as did mixed paella, and it became the delicious jumble we know today, with its mix of colour, flavours and texture, or, in the words of the writer Álvaro Cunqueiro, an exceptional example of “culinary anarchy”.

Another of its many versions is the famous black rice.  This is found along the Mediterranean coast, particularly in Spain, along the Catalan and Alicante coasts.  It is a seafood dish whichthat used to be made exclusively on the days when squid and cuttlefish were caught.  It is a rice dish prepared with the addition of the squid and/or baby squid ink responsible for its colour and special flavour, which conquers the taste buds of a variety of food aficionados.

The menu consists of: