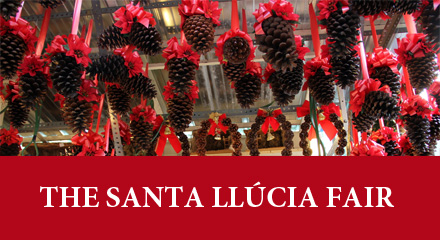 Every Christmas in Barcelona, the Santa Llúcia Fair takes place in front of the Cathedral. The fair, which currently boasts 270 stalls, is one of the most popular in the city and dates back over two hundred years, with accounts of its existence as far back as 1786. The fair traditionally opens to the public on 13 December, Saint Lucia’s Day, marking the start of the Christmas shopping season, and is particularly popular for purchasing everything you need to decorate your home over the festive period. 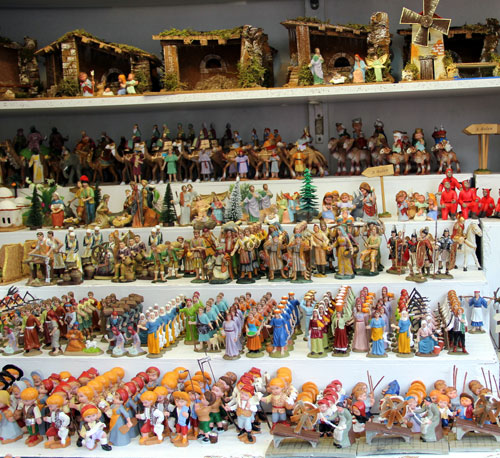 As in many other places, Barcelonan families, especially those with children, have the tradition of creating a nativity scene. They can be large or small with figurines that range from the handmade to the commercially produced or even in plastic. The Virgin Mary, Joseph, the baby Jesus, the ox, the donkey, the Three Wise Men and some shepherds are essential, but other figurines can also be added.

In the Catalonian version of the nativity scene, another figurine appears, perhaps the most endearing and typical character in the traditional imagery of Christmas in Catalonia: El Caganer. 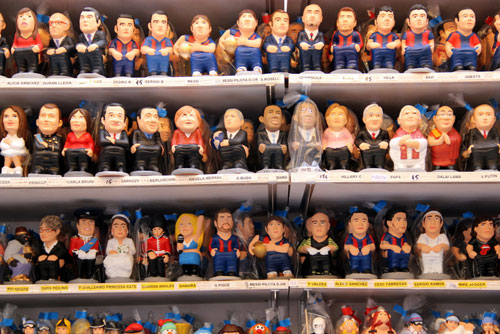 Originally portrayed as a peasant wearing typical Catalonian attire, a hat called a barretina and a sash, he is depicted squatting down with his buttocks in the air, answering a call of nature, and is usually hidden away in the nativity scene behind a small house or under a bridge, so that children can look for him.

Every year, new “caganers” appear, depicting well-known local, national and international figures, politicians, artists and sportspeople, and some of the most popular and amusing market stalls for visitors during the fair are those that sell these figurines. 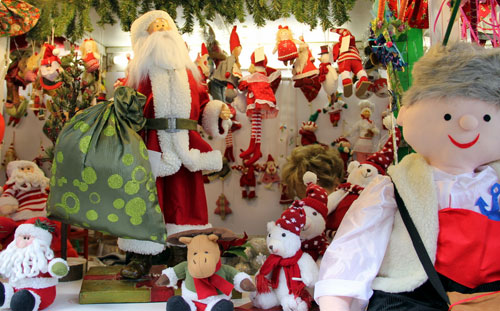 Everything you might need to create a nativity scene or decorate your home can be found at the Santa Llúcia Fair, including stalls selling all sorts of greenery like moss, cork bark, bay leaves, eucalyptus, mistletoe and Christmas trees. 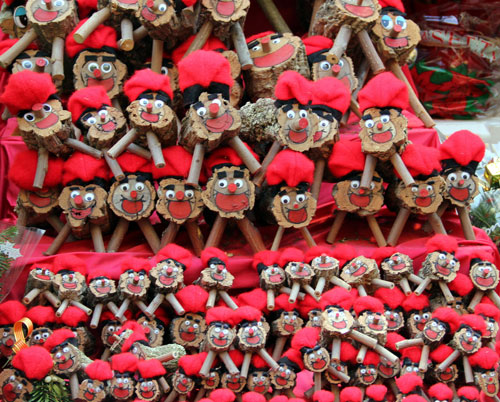 There are also numerous stalls dedicated to arts and crafts, but those that especially attract the attention are the ones that are crammed with examples of another traditional character, a Christmas log called the Tió de Nadal. With a smiley face and sporting a Catalonian barretina hat, the log is supposed to be taken home and fed. On Christmas Day, the children, armed with sticks, beat him and sing songs, like the one below, to make him leave presents such as sweets and confectionary.

Local Barcelonans visit the Santa Llúcia Fair to stock up on everything they need to decorate their homes, to see this year’s latest figurines or to just take a stroll around the market stalls and enjoy the Christmas atmosphere.